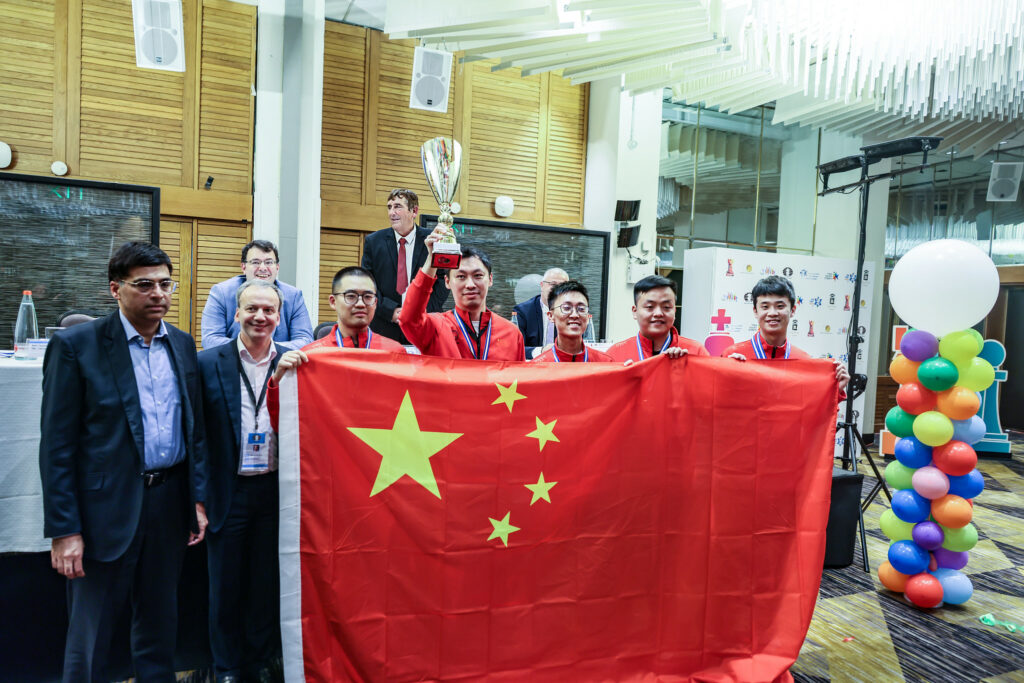 by Assi Philosoph The World Team Championship has come to an end and China is the new champion. The team started the duel against the Olympic gold medal holders – the team of Uzbekistan – with an important win out of the 2 matches, with Bai scoring on the 3rd board against Vokhidov. In the […] 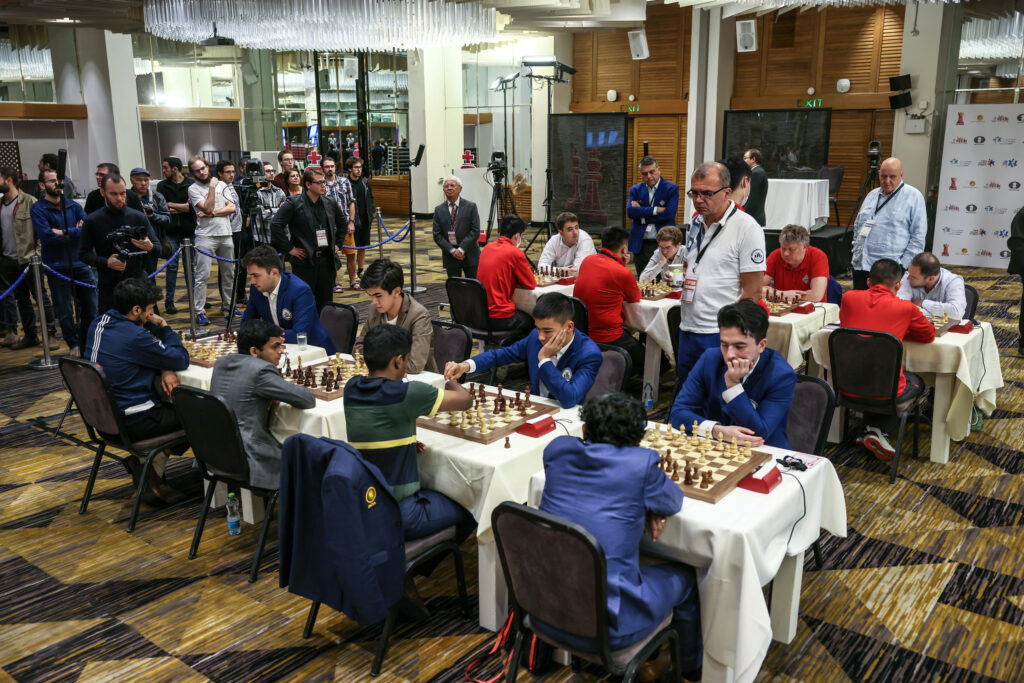 by Assi Philosoph First round – two ties The four semi-finalists decided to keep the audience excited until the very end, tying both matches. In Spain vs China, Anton won against Xiangyu and Li won against Santos Ruiz. And in India vs Uzbekistan Narayanan defeated Vokhidov but Vakhidov defeated Sethuraman. All the other 4 games […] 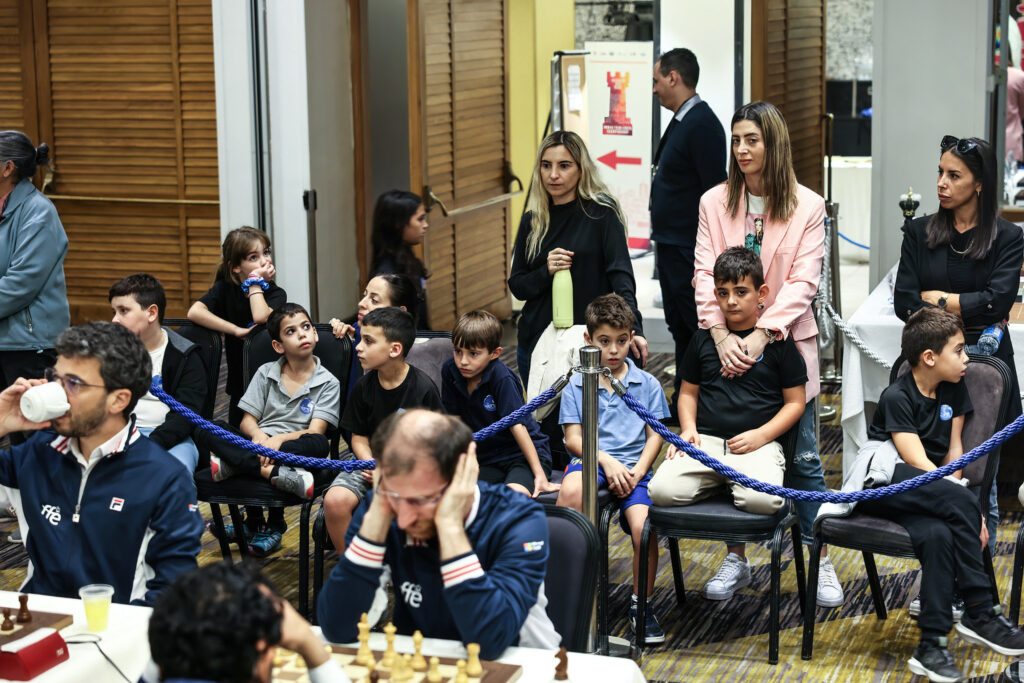 by Assi Philosoph The quarter-finals started today, bringing lots of excitement as losing a match means being knocked out of the tournament. The teams and the players had to take difficult decisions in critical moments. Taking too many risks might result in the disqualification of the team and playing too cautiously could be not enough […]

Dramatic finish in Pool B, 4 pieces sacrificed and Anand challenges the Israeli Parliament 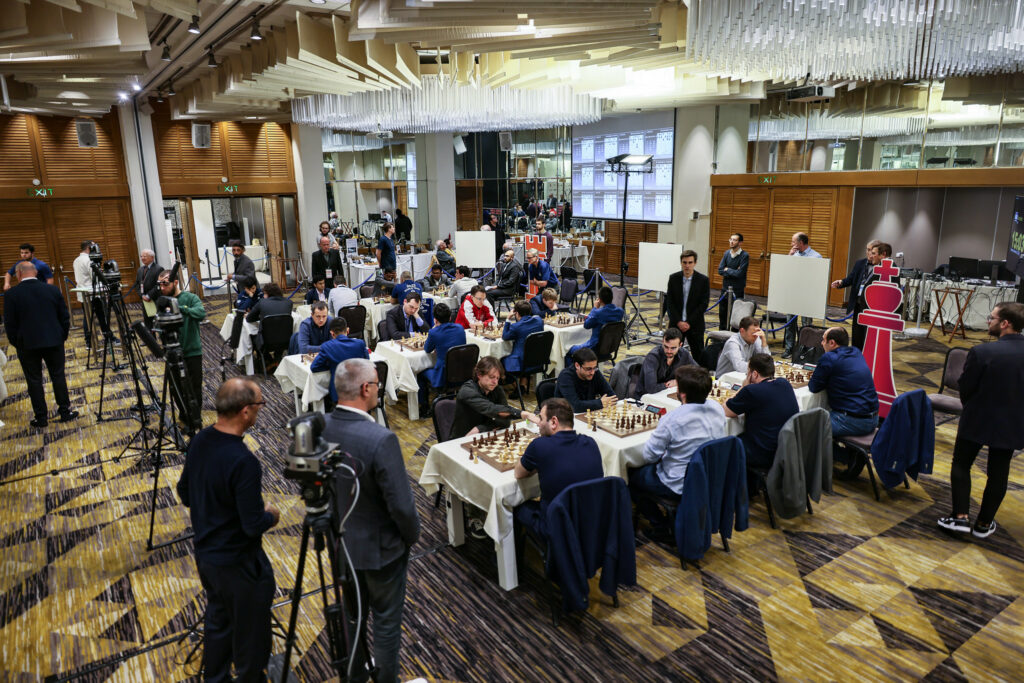 by Assi Philosoph Starting with the “quiet” news – in Pool A, no big surprises were expected and none occurred. Spain defeated South Africa 4 – 0 and earned their ticket to the quarter-finals. China drew with France, breaking their winning streak, but finished first anyway. Ukraine also drew against the Netherlands. France, Spain and […]

China and Uzbekistan to the finals. Wojtaszek and Nabaty give hope to Poland and Israel 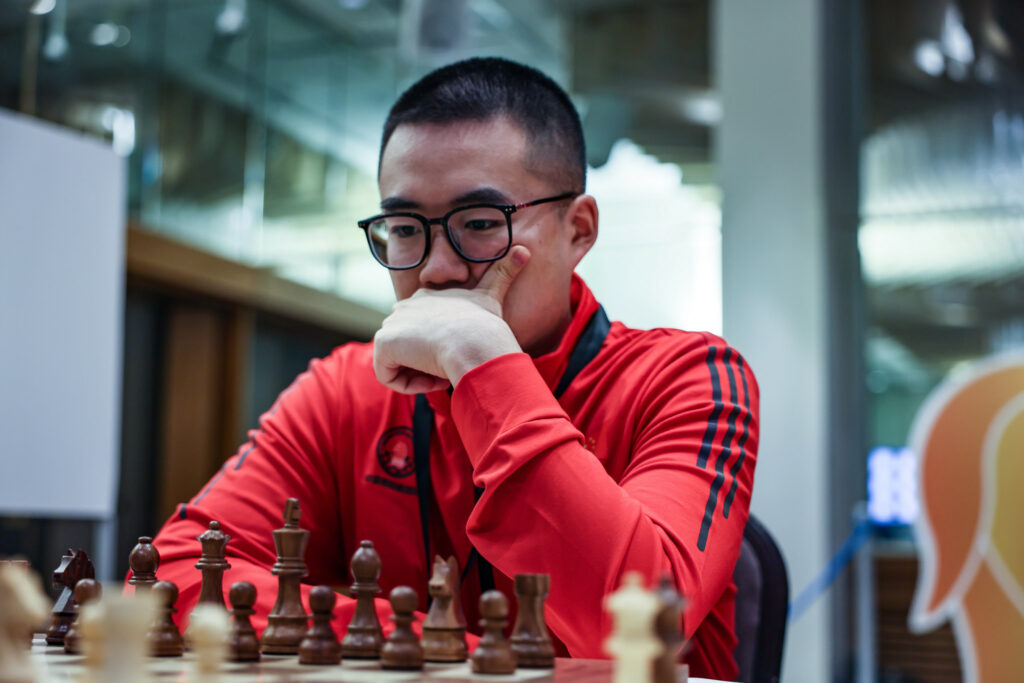 by Assi Philosoph The second day left Pool A with more clarity and Pool B feeling tense. In Pool A, China has won all their matches so far, and today Ukraine and the Netherlands were the victims with scores of 3 – 1 and 3.5 – 0.5 respectively. France and Ukraine also made it through […] 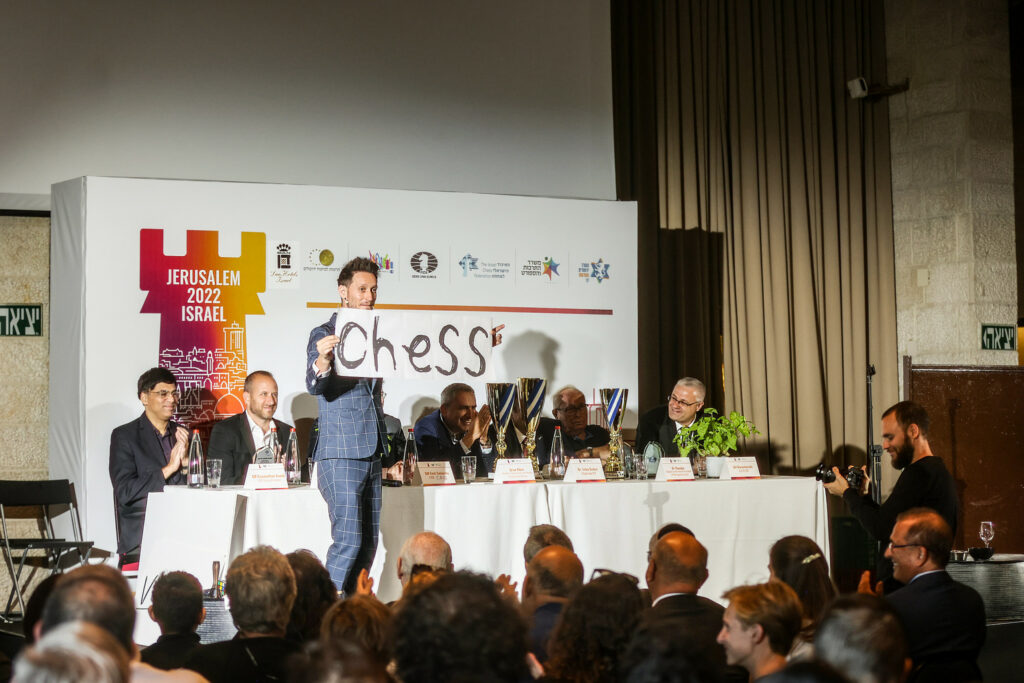 by Assi Philosoph The new exciting rapid format of the World Team Championship is proving to pay off. A lot of action is provided for the audience, who stood in line to enter the playing room and watch the top players playing and fighting for the first points, ensuring their road to the final stages. […]

Dudakov Cup 2022 Dates and Conditions:4 double-round (8 round) thematic 10+5 Swiss, organized by the Israeli Chess Federation (ICF) and the JeruChess Chess Club. Date:  Wednesday 23 November 2022 at 18:00 sharp. Participants in the FIDE World Teams Championship may sign up at the venue at 17:30, and there may be a few additional lucky […]

The 12 teams for the FIDE World Team Championship in Jerusalem (November 19-26) have been confirmed. In the line-ups of the participating teams, we find stars like Maxime Vachier-Lagrave, Anish Giri, Teymur Radjabov, and Shakhriyar Mamedyarov, along with up-and-coming prodigies like Javokhir Sindarov and Nihal Sarin, and illustrious veterans like Vasyl Ivanchuk and Alexei Shirov. This is the […] 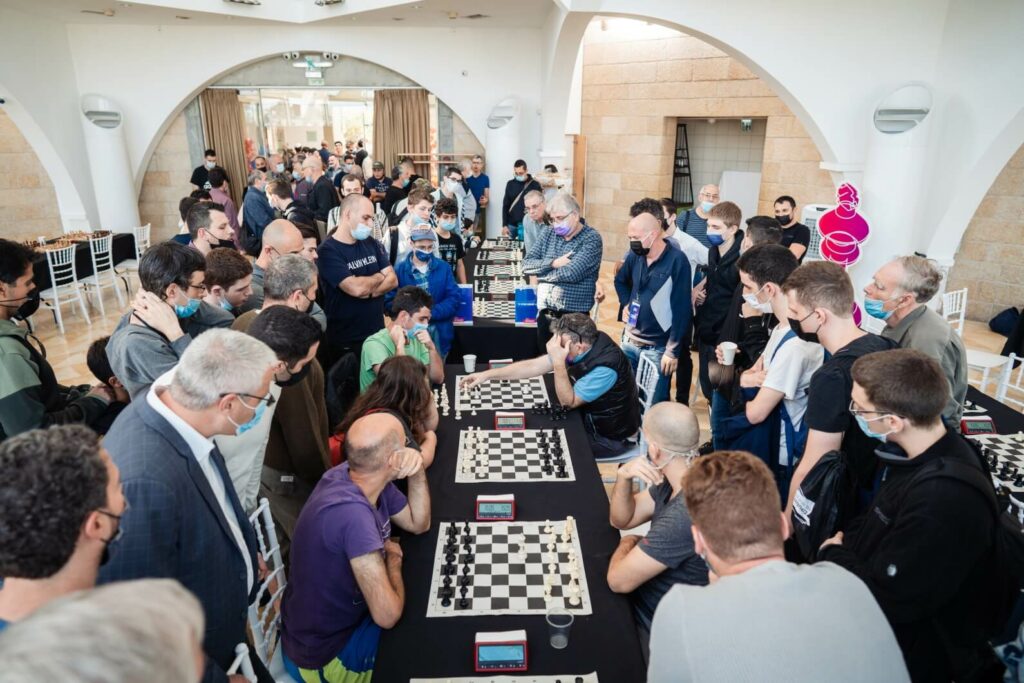 by Assi Philosoph People from outside the chess community in Israel are often surprised to find out how many chess-based activities take place during the year. In fact, it is quite uncommon to see so many events in such a small country: from a strong national league and cup, to numerous youth tournaments and activities, […]

by Assi Philosoph Playing chess in Jerusalem may be a once in a lifetime experience. The atmosphere in the city is unique, with its thousands of years of history, culture, and architecture. Like the game of chess itself, Jerusalem is a city that has survived many wars and generations, yet still continues to captivate its […]