People from outside the chess community in Israel are often surprised to find out how many chess-based activities take place during the year. In fact, it is quite uncommon to see so many events in such a small country: from a strong national league and cup, to numerous youth tournaments and activities, to club tournaments almost every day and international events hosted around the country. This article takes a closer look at some of these events and activities, before introducing a particularly special event taking place very soon. Read on to find out more.

The Israeli Cup is the biggest event held in Israel every year. It invites teams from the first and second divisions to play, bringing together the 42 best teams in the country, as well as dozens of grandmasters, international masters, and masters.

The event usually takes place in the capital, Jerusalem, during the summer, a few weeks after the National Team League finishes. The format is 5 rounds of rapid play, and it is an exciting event, not only in terms of chess, but as an event where all the best players of the country are able to meet one another.

Players from Ukraine, Russia, France, and other European countries are regular visitors to the league, which draws attention to Israel from around the world. Additionally, the games are usually broadcast live and attract interest from many chess players.

Chess for every child

The “Chess for every child” project is a collaboration between the Israeli Chess Federation and the Israeli Lottery, a well-known institution for its investments in sports and culture.

Thousands of children from peripheral communities are part of the project every year, learning the game of chess and coming into contact with its many virtues.

The project began in 2013 as a pilot in eight different municipalities, before expanding to dozens of areas throughout the country. The project reaches children from all sectors – ultra-Orthodox, secular, and Arabs.

This year, there are already around 100 authorities participating in the project, in which 220 first and second graders around the country will be taught chess.

The total budget is a huge 4 million NIS, raised through a matching method. This means that half of the amount of the operation is given by the local authority and the other half is matched by the Chess Federation (with the lottery money).

In addition, another 200,000 NIS are dedicated to running of the National Chess Championship, which is also hosted regularly in more marginal areas.

This fantastic achievement is the result of hard work, combined with the heads of chess clubs and the authorities running the projects, who have helped send lots of inquiries from authorities and schools, as well as praising the federation’s projects in the schools and even seeking to increase them.

In 2020, the Israeli Chess Federation established a special committee whose role is to discover and nurture the best youth players. The committee sets criteria for admission, and the children who join it are guaranteed financial support for training and workshops led by the best coaches in the country, and even support for the expenses of competitions abroad.

The purpose of the program is to promote young talent, so that these youngsters will proudly represent Israel at championships around the world, and perhaps even join the Israeli national team one day.

The pictures show leading instructors Vitaly Golod and Ilya Botvinnik in the preparatory workshops for the finals of the Israeli Youth Championship. 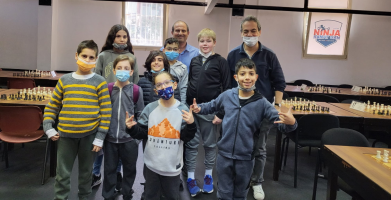 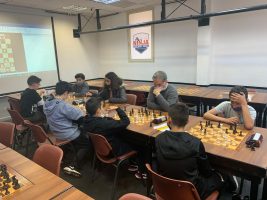 Although chess is a very competitive sport, Israeli chess does not overlook the social importance of the game, and many activities are carried out to strengthen the coexistence between Jews and Arabs over the board.

The event was attended by many dignitaries to honour the event, led by the President of the State of Israel, Mr. Yitzhak Herzog, who commented:

“Arab and Jewish youth, who occasionally meet for long chess games, face to face, will grow up in a different atmosphere to previous generations; from such events must grow restraint and moderation, mutual respect, and only positive things”.

Emphasising his love for the “game of kings”, the President even competed on the board against two rivals, a girl, Sahar Mansour, from Taibeh and a boy , Adam Peles, from Tel Aviv.

In addition to this welcome activity, a minority committee headed by Khaled Yunis was established last year, with the role to promote chess in Arab groups, especially those Arabs in peripheral areas, and to integrate them into Israeli society while providing access to high-level training and competitions.

As part of this activity, the Israeli Youth Championship is held for this sector of society every year, adjusting to both the Arab youths’ holiday calendar and their place of residence in order to make it possible for them to play in the final of the Israeli Championship. 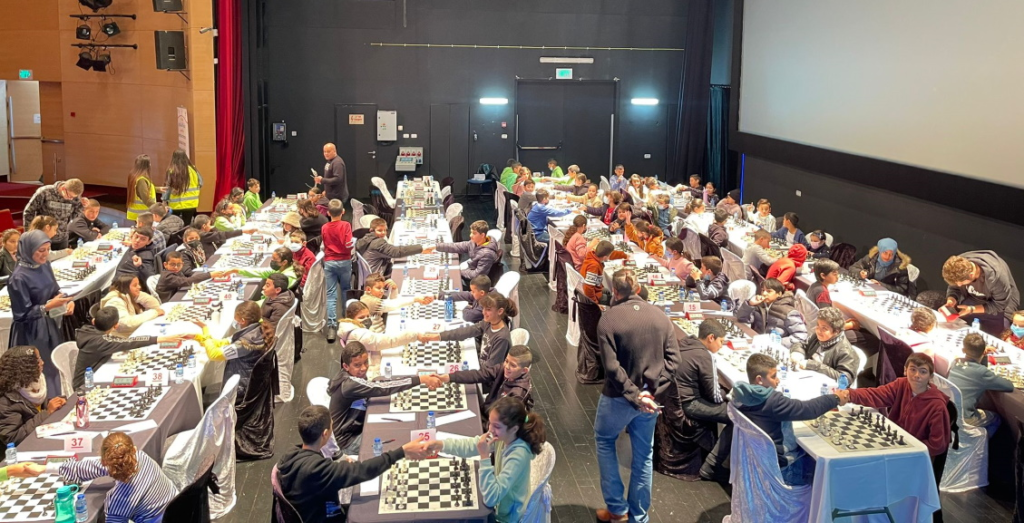 Now, let’s discuss some of the international events hosted by Israel.

In 2015, Jerusalem hosted one of the biggest and most respected events in the world: the European Individual Championship, with players from the 54 European federations (!) and a prize fund of 100,000 euros(!).

Despite the event being an international celebration, it also offered a unique opportunity for local players to play with leading world players, and a greater chance to obtain title norms.

Another big event was the FIDE Grand Prix in Jerusalem, in December 2019, in which Ian Nepomniachtchi qualified for the world championship match against Carlsen.

Among his rivals were the world-class players Maxim Vachier Lagrave, Boris Gelfand, Wesly So, David Navara, Wei Yi, and more.

So, don’t miss this opportunity and join us to be part of the next big chess event in Israel!